On a compris pourquoi Little Simz was made for this sh*t ! 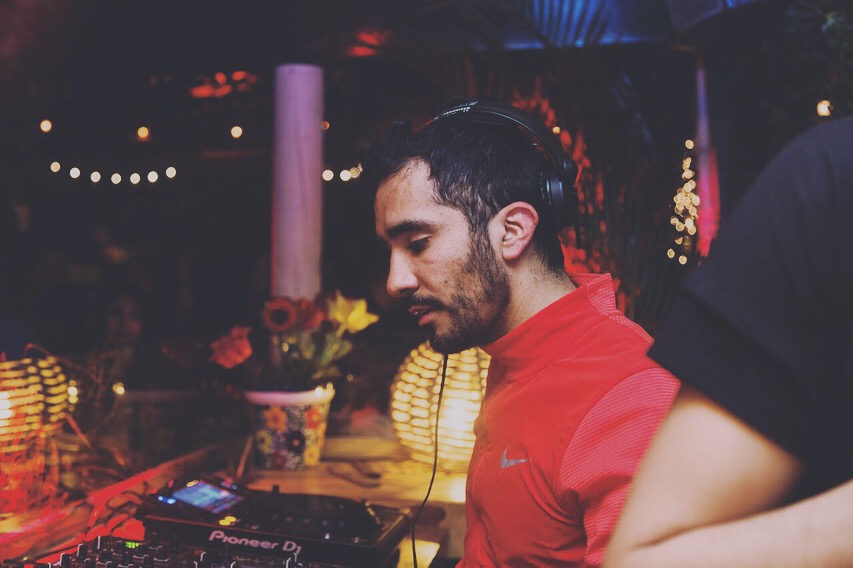 1 – Tell us about your project Redraft Memories

This project allow me to express the way I feel techno and house; turn moods, experiences, the daily life into a piece of art, it’s the best passion I could ever find, create music and make dance others with it.

2 – What have you been up to recently?

I have been working at a live act, learning, reading and experimenting about synthesis, in order to apply that knowledge in my tracks and future music. Also I’m a producer of hip hop for Mexican rappers, so I have been into that too …

I wrote those tracks after the earthquake hit México past September (19S#) so, when I finished the EP, I sent it to Mauro Picotto for listen. Later on, he told me that he want them on his label (Alchemy). Then, I signed the tracks with him, and they -Andrea- made a super cool job on the artwork using the Aztec calendar and the typography of the Olympic games that were hosted in México in 1968. I just tried to put some positive vibes out there for my people

I had the email for demos a couple years ago but I never sent something before, so when I finished my last ep, I sent it to Francesco (Natura´s owner) and a day after he listened, told me to send all the tracks, I felt very happy to sign on a big label like Natura Viva because things like this express that you’re a doing good music. There is no victory without passion.

5 – Tell us about the underground scene in Mexico.

I’m very happy to see a lot of great artist here every day, they’re doing great stuff, but is such a shame that some promoters don’t support the local djs/producers, and they put their friends or family to warm up an important gig or with an international dj, they don’t even produce music they just do it cause is “cool” or they don´t do it because is their passion. There are just a bunch of guys that are trying to be fashion… but, out of that, I think is going good the scene in Mexico, every week are quality events.

6 – When and how did you start DJing and producing?

I start djing 8 years ago when one of my best friends Jnks told me he was djing in some parties and as my father was a dj when he was younger, was always something I want to do. My father´s experience wake in me a desire to mix music; after I try to beat match two tracks in a pair of denon I realised that was something I wanted keep doing … after a year we started taking lessons of production with Vlind, – one of the best producers in México -After some months of lessons the first decent track was made and signed on Dirty Stuff Records from Poland on 2011 with support from Sasha Carassi, Patrick Siech ….

7 – When writing music, do you start with a clear idea in mind or do you jam until something sticks?

Both, usually I have a clear idea of what I want in the studio but some days I sit there and start sampling vinyl’s or start jamming with hardware or software until I feel what I’m doing is something …

8 – How do you organize your music—digital and vinyl—for a gig?

Depends the venue and the time of the set I´m playing to arrange the music in order to make the people dance, but usually I love to bring some gem that I played in gigs before and search for new music that I think can fit in the set, I have labels and artist that are favs.

I love to buy mango chewing gums before I play (haha), it never fails

I´m going to finish the live act of RM project and keep working the new project I´m creating, it is more experimental. On the other hand, I´m trying to push harder on the labels, for instance, at the moment I´m working with my fellas Roi and the gang of Iteration Method and Binaural Records.